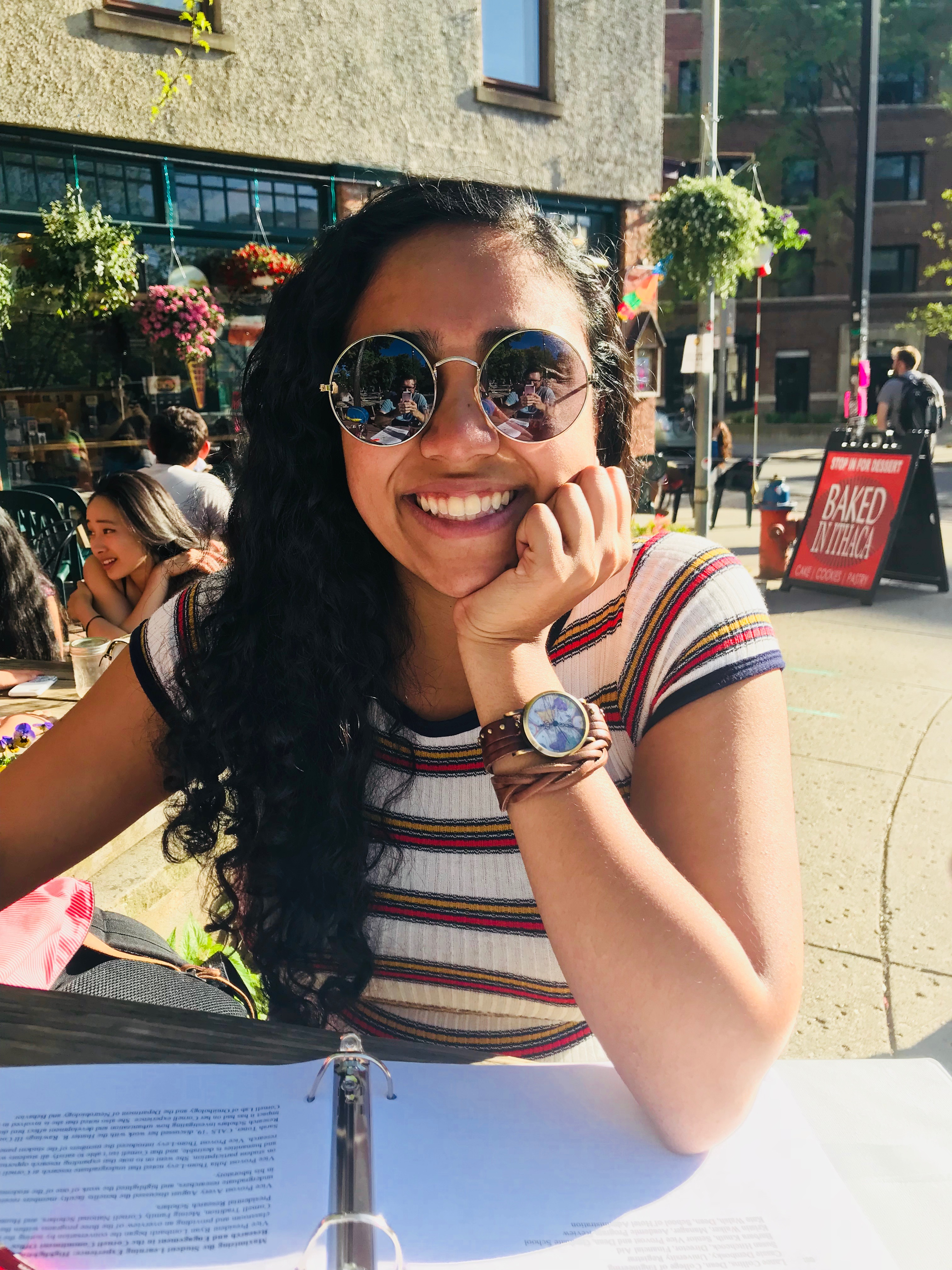 Postdoc at the University of Minnesota, computational and evolutionary biologist, interested in the cause and resolution of genetic and sexual conflict

Despite the apparent unity of the organism, there are numerous ongoing conflicts within and between the genomes in our cells. Conflict emerges when the interests of various elements do not align and can occur at several different levels (i.e., within a cell, within an individual, or between individuals). Certain genetic elements can prioritize their own transmission agnostic to their selective effect on the host. How such conflict is resolved influences the evolution of core biological processes (e.g., gene expression, mating system, and reproductive isolation), individual fitness, and the long term persistence of populations.

My research program combines theoretical, experimental, and computational analyses of multi-omics datasets to explore both the emergence and resolution of genetic conflict and the extent to which conflict contributes to population divergence. I develop both analytical and computer simulation frameworks that reduce specific conflicts to components of interest, which can then be parameterized to explore their contributions to the evolution of associated genetic elements and host population fitness over time. I both experimentally evaluate systems with known conflict and analyze publicly available datasets to test these hypotheses in natural populations. Combined, tehse approaches provide insight into diverse forms of genetic conflict and their ability to contribute to speciation.

My previous projects have focused predominantly on organellar x nuclear conflict and transposable element (TE) x host conflict; however, I am interested in numerous other forms of genetic conflict as well. If you’re interested in host-pathogen interactions or sexual conflict and the evolution of sex chromosomes, I’m always looking for opportunities to design and develop new research projects.

Because mitochondrial DNA (mtDNA) is predominantly maternally transmitted, mitochondrial mutations that decrease male fitness can persist and even spread in populations so long as they are neutral or advantageous in females. This scenario, known as “Mother’s Curse”, places selective pressure for nuclear variants that restore male fitness. Population genetic models and experimental analyses highlight how the chromosomal location and transmission pattern of nuclear restorers (autosomal, X-linked, and Y-linked) influence the evolutionary dynamics of mito-nuclear interactions (Ågren, Munasinghe, and Clark 2019; Ågren, Munasinghe, and Clark 2020). Simulation frameworks of multiple populations also show how the extent of gene flow between populations can influence selective pressures underlying the evolution of Mother’s Curse variants and nuclear restorers of male fitness (Munasinghe, Haller, and Clark 2021).

Current models of Mother’s Curse are highly idealized and rely on assumptions that limit their application to realistic natural systems. To generate testable predictions for natural populations, I will build models which relax two major assumptions of current models, by (1) allowing for negative interactions between nuclear restorers and wild-type mitochondria and (2) incorporating realistic spatial structure. Including these two features of the biology of mitochondrial-nuclear interactions will likely increase the cost of disrupting co-evolved interactions in hybrids and contribute to population isolation – a commonly observed phenomenon which is not well- explained by current models. Finally, beyond understanding these interactions in XY-systems, we can expand this theory to alternative mating systems (XO, ZW, etc.) to not only explore the evolution of Mother’s Curse interactions but also additional conflict mediated by transmission asymmetry (see Ågren, Munasinghe, and Clark 2019 for an analogous Father’s Curse).

Strict paternal inheritance of mtDNA is incredibly rare. Only a handful of species exhibit paternal inheritance, and why these species have transitioned away from maternal towards paternal inheritance is unknown. An interesting but almost completely ignored system for exploring this is in Cucurbitaceae. Two of the four major cultivated species, cucumber and melon, demonstrate paternal inheritance of the mitochondrial genome, while the other two species, squash and watermelon, exhibit maternal inheritance. I hypothesize that expansions in tandem repeat number coupled with a higher frequency of ectopic recombination events in plant mitogenomes may place selective pressure towards paternal inheritance. Male gametes induce a more severe mitochondrial germline bottleneck leading to greater purifying selection on mitogenomes, reducing the number of dysfunctional mtDNA passed to progeny. I am developing a theoretical framework for testing this hypothesis and am interested in other factors, such as mating system, that may contribute to this transition in transmission. I have recently initiated collaborations with cucurbit researchers to assess the extent of mitochondrial-nuclear interactions, with an emphasis on sexually antagonistic interactions. Furthermore, the maternal inheritance of the chloroplast genome across cucurbits provides an interesting opportunity to explore a potential tug of war between organellar genomes (mitochondria vs chloroplast) over the evolution of the nuclear genome.

Transposable elements (TEs) are mobile DNA sequences capable of increasing their copy number and propagating themselves within genomes. While TEs have been highly successful at invading eukaryotic genomes, it is unclear what factors contribute to differences in the overall abundance and distribution of TEs among species and why certain TE families reach high copy number within genomes. High TE abundance is curious given the expectation that novel TE insertions are likely to be deleterious, as they may insert into functional genes, alter heterochromatin formation and gene expression patterns, or induce large structural changes via ectopic recombination. TE families may evolve to minimize transposition or preferentially insert into non-genic regions to increase their copy number while minimizing their impact on host fitness. Relatedly, species have evolved diverse mechanisms to try and regulate the transposition of TEs to manage TE proliferation and prevent population extinction. Disrupting interactions between TEs and host silencing mechanisms via hybridization may generate incompatibilities that reduce hybrid fitness and contribute to population isolation.

I investigate how TE biology interacts with host repression to understand how and make predictions about which TE families reach high copy numbers within specific genomes. I am developing simulation frameworks that consider diverse mechanisms of host repression (current models focus almost exclusively on the piRNA system in Drosophila) to determine whether different TE families proliferate under specific regimes. Furthermore, host repression of TEs does not occur without a potential cost to the host, as epigenetic silencing may impact gene function by altering expression patterns. Using publicly available high-quality genomic sequences and TE annotations for the 26 maize Nested Association Mapping inbred parents, I am actively identifying polymorphic TEs between maize lines to assess their impact on nearby gene expression profiles.

TEs are known to trigger hybrid incompatibility between two populations (P-M hybrid dysgenesis in Drosophila melanogaster is a canonical example). Recently, a unique case of hybrid incompatibility between domestic maize and its ancestral relative, the Mexican teosinte, was characterized (Xue et al. 2019). Initial analyses of hybrids generated using two specific teosinte plants sourced from Valle de Bravo, Mexico found a ‘sickly’ phenotype emerged and persisted amongst all offspring in subsequent backcross generations of hybrids to domestic maize. The non-Mendelian inheritance pattern was quite striking in that (1) all progeny exhibit the ‘sickly’ trait even after >10 generations of back-crossing and (2) there was a complete lack of evidence for introgressed sections of the teosinte genome. Genomic analysis revealed increased copy number for homologous TE sequences, which suggests this incompatibility may be due to a compromised host repression system allowing rampant TE proliferation. I confirmed transmission of this ‘sickly’ phenotype into two novel maize lineages, identified transmission through both sexes but an odd severity in phenotype if maternally transmitted, and found reduced hybrid fitness in F1s that was initially masked by heterosis. I am using long-read, whole-genome sequencing on advanced generation sick hybrids to identify differences between hybrids and domestic maize. If this incompatibility is TE-mediated, this approach will allow us to develop a set of markers associated with the phenotype. I plan to collect additional samples from Valle de Bravo, Mexico to perform a population-level exploration of this ‘sickly’ phenotype to address how it persists in natural populations. Specifically, I can explore whether a mild to moderate reduction in fitness coupled with strong genetic drive can stably maintain the genetic markers that trigger hybrid decay and at what frequency they exist in the population.